Take a Tour of Terraformation’s HQ with CEO Yishan Wong 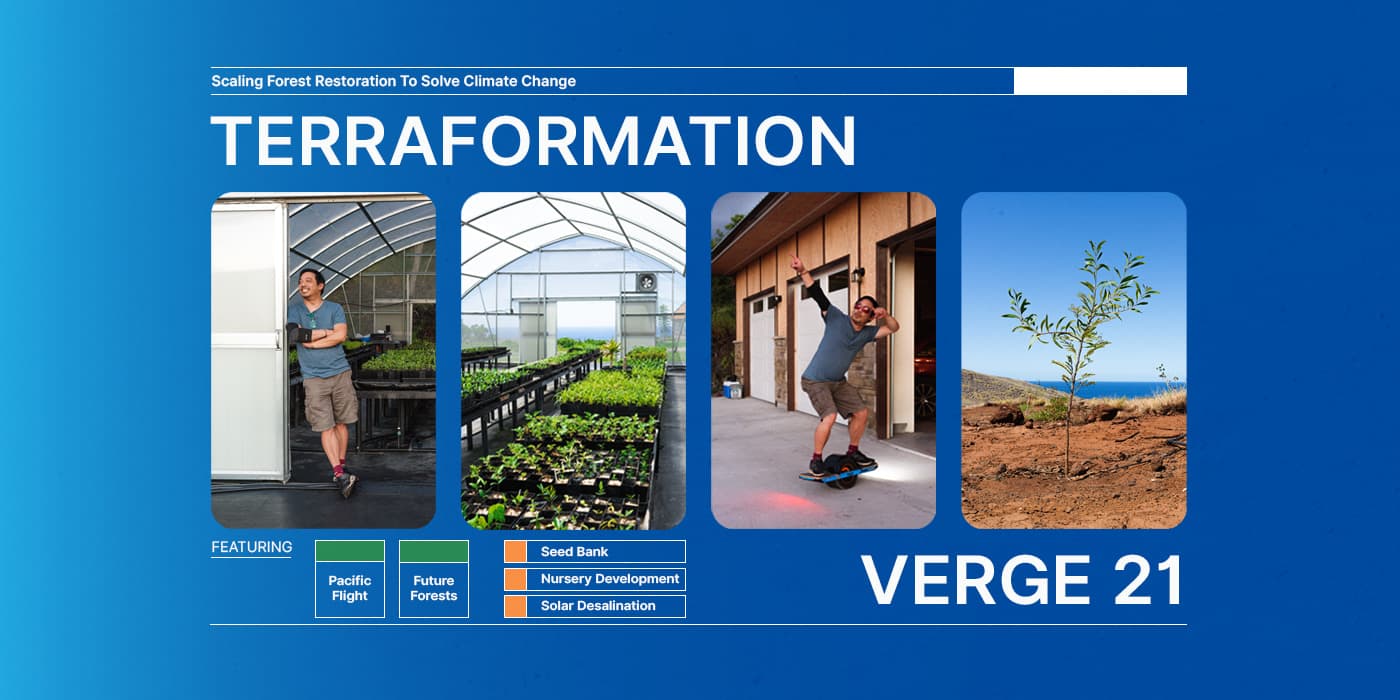 “The more technology you have, the harder it is to get it to work. That’s why when you want to solve a really big problem, the best solution is the one with the least technology.”

In his keynote address at GreenBiz’s VERGE 21 Conference, Terraformation Founder and CEO Yishan Wong showed how the company is bringing this guiding principle to life through hyperscaling native forest restoration.

Yishan gave audiences a behind-the-scenes look at Terraformation’s Hawaiʻi headquarters, from the seed banks to the nurseries to the solar desalination system. Each of the components plays a role in our goal to help plant one trillion trees by 2030.

Take the modular off-grid seed banks, which can each store five million seeds across hundreds of species. These seed banks are retrofitted inside standard shipping containers and can be transported to partners in remote locations.

In the solar-powered desalination system, Yishan showed how Terraformation is pairing desalination and solar energy technologies to purify water using renewable energy — and, in turn, to regrow forests on some of the planet’s most degraded land.

An ambitious mission like Terraformation’s requires all hands on deck. “Some people think a trillion trees is too many, it’s too hard,” Yishan said. “But there’s a lot of us, and if you divide a trillion trees into 7 billion humans, that’s only 150 trees per person. If every person can plant or be responsible for planting 150 trees in the next 10 years, we can get this done.”