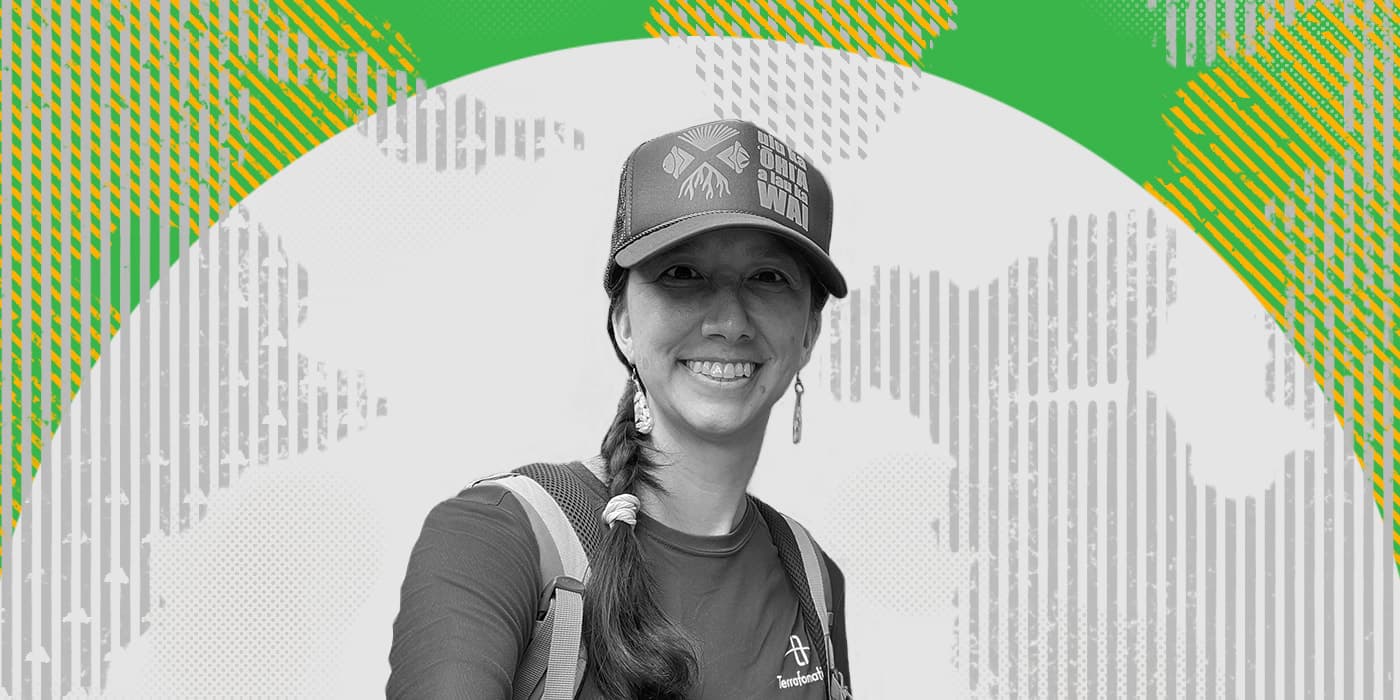 The delicate work of coaxing endangered plant species back from the brink of extinction requires a special kind of dedication and knowledge. Terraformation’s Head of Seed Banking, Dr. Marian Chau, has both.

When she joined Terraformation in March 2020, one of her first tasks was to design a seed bank inside a standard shipping container. Now, a year later, she is excited about the deployment of the first two mobile seed banks — to Future Forests in Hawaiʻi and to our partners in Uganda — which will make this technique available in off-grid locations far from national or regional seed banks.

Thanks to their self-contained design and solar power, they can help scale restoration in remote areas, and aid rapid revegetation following wildfires or other natural disasters. The seed banks will also support Terraformation’s guiding principle of ensuring restoration projects benefit the local community.

“The communities we’re reaching out to, especially the Indigenous communities, they are the ones who have been stewarding biodiversity all along, and they still steward the vast majority of biodiversity,” says Marian. “So we want to be sure that we keep their livelihoods in mind and create opportunities. I think this has great potential to help communities.”

That ability to take action and implement solutions with unprecedented speed is one of the things Marian appreciates most about Terraformation. She notes that five more seed banks are in the works in Hawaiʻi alone, and Terraformation is helping partners build additional seed banks in other regions. And the launch of Terraformation Academy’s first three courses — in seed collection, seed banking, and nursery management — will help train restoration workers around the globe.

In 2014, after earning her Ph.D. in botany, and then living and working at a native plant restoration project, Marian accepted a position as Seed Conservation Laboratory Manager at the University of Hawaiʻi’s Lyon Arboretum, where she took over for her retired mentor, Alvin Yoshinaga. There, she carried on the intergenerational research Yoshinaga had begun on “rare and amazing” Hawaiian native plants.

This advocacy inspired Marian to begin building a broader, global network of seed banking experts, and in 2017 she founded the IUCN Seed Conservation Specialist Group. The group, which she still co-chairs, has grown to over 100 members in more than 25 countries who support its mission of global knowledge sharing and capacity building for seed conservation.

Marian says the most common misconception about her work is that seeds for a restoration project can come from anywhere. Projects are most successful when seeds come from nearby areas and/or are adapted to local conditions. And seed sourcing should be prioritized at the beginning of a reforestation project before it becomes a limiting factor.

Marian approaches her work through a lens of biocultural stewardship, grateful for the lessons learned in working with the Hawaiʻi conservation community for over 15 years. She aspires to live by a Hawaiian ʻōlelo noʻeau (“proverb”): He aliʻi ka ʻāina, he kauwā ke kanaka, which means “The land is chief, the people are its servants.”

As a self-described “passionate environmentalist” who has dedicated her career to restoring and maintaining plant biodiversity, Marian appreciates the opportunity to directly fight climate change doing work she loves.

But most of all, she is inspired by the dedication of each team member to Terraformation’s mission. “It has been an amazing experience to see and help the company grow into what it is today,” she says, “and I feel grateful that I've been able to contribute to defining who we are and how we want to help the world.”