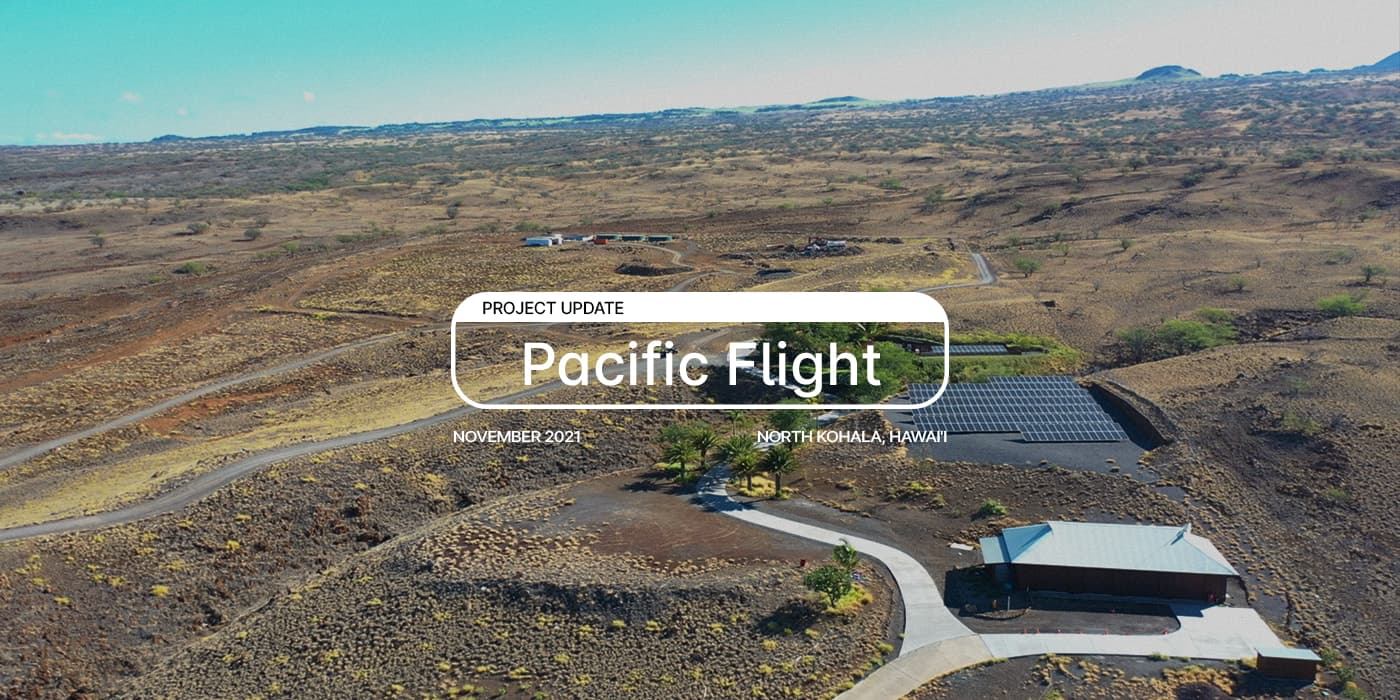 Terraformation's Pacific Flight at Kaupalaoa restoration project began last year on a small patch of parched, degraded land on the leeward side of Hawaiʻi Island. Once covered in dry tropical forest anchored by koaiʻa and wiliwili trees, the landscape has degraded dramatically after two centuries of overharvesting and aggressive invasive species.

Over the last two decades, conservationists have been working to restore this ecosystem. In early 2020, the Terraformation forestry team joined this effort.

A year after the project began, our forestry team has now planted more than 6,000 plants across Pacific Flight's 45 acres.

Despite the near desert-like conditions at Pacific Flight, the plants are growing strong. In fact, the early plantings are now two or three feet tall, and establishing good foliage. The biggest limiting factor plants face in the site’s current degraded state is access to water — this is where Terraformation’s unique irrigation system comes in.

Pacific Flight’s solar-powered desalination facility has supported healthy plant growth over the first year. The restoration team connects spaghetti lines to each new sapling to ensure each plant can thrive.

The wind at Pacific Flight can also pose a serious concern: it kicks up dust clouds that are unsafe to work in, and strong gusts can whip away and carry off anything that isn't tied down. Last winter turned out stormier than expected, which meant that our team didn't get out to the site as much as we'd planned. However, this allowed us to focus on other projects, like expanding our nursery facilities and prepping the next test site.

Ironically, our success with the early plantings at Pacific Flight has now created an emerging issue in the form of unwanted pests: now that there's foliage, bugs are starting to arrive to munch on it.

When it comes to tracking, every detail matters

The forestry team tags each sapling with an ESRI geographic information system (GIS) tool that records its location, species, and a photo. Not only does the crew know how many plants of which species are in the field and where they are, but when the team is out in the field, anyone in the office can watch new plants pop up in real time.

With this information, we can split Pacific Flight into distinct zones, making sure to plant the right mix of species in each one. GIS mapping also shows the locations of irrigation valves, main water lines, access roads, gates, and buildings. With these software tools, our team has guidance on what to plant where and when, and the tools to connect the water supply as efficiently as possible.

Terraformation’s product team is currently developing an app that will streamline the mapping process with additional user-friendly features, offline capability, and more. This app should be available for use in the coming months.

How we're measuring progress and success

The first sign of progress for a reforestation project like Pacific Flight is when the new plants start to flower and produce seeds. But true success comes when that second generation produces its own seed, proving that the cycle is self-sustaining.

Restoration Manager Johannes Seidel notes that he’s starting to see some of that activity from the early plantings, but estimates it will take about a year for it to really kick into gear.

Not that this process needs to be rushed: "The koaiʻa and wiliwili will live for many decades," he says. "Koaiʻa is a hardwood; it's the low-elevation dry forest cousin of the koa tree, the most valuable and beautiful hardwood that grows here. And everybody's idea of a big tree is different, but the wiliwili can form a nice crown and cover easily 200 square feet."

By planting a variety of native saplings, setting them up for success with water access, and painstakingly tracking their growth, our forestry team is proving that with the right tools and knowledge, it’s possible to restore one of the rarest ecosystems on Earth.