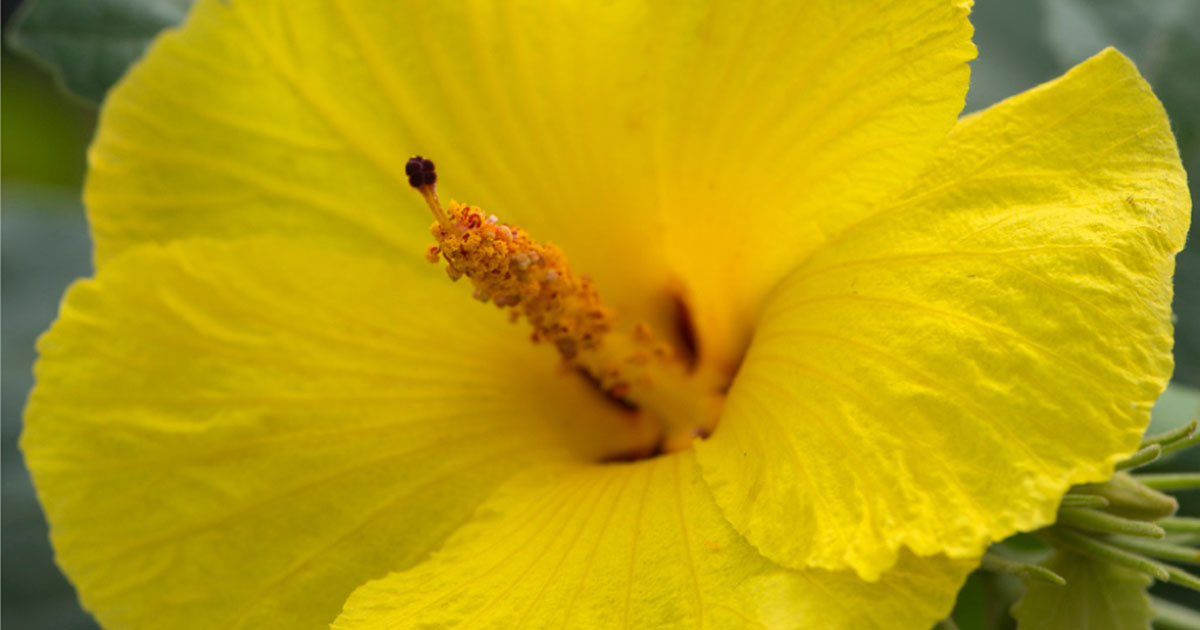 The richly diverse Hawaiian dry forest is the most species rich biome on the islands. It contains more flowering and fragrant plants than any other ecosystem in the state.

Early Hawaiians used koa wood to build their seafaring canoes, pua kala, Hawaiian poppy, for medicinal treatments, and the buoyant wiliwili for surfboards. The plants fed a whole ecosystem of life, from bacteria and fungi to a colorful array of birds unlike any others on Earth.

Two centuries of human development, voracious overharvesting of the forests’ unique hardwoods, unsustainable grazing, wildfires, and invasive species competition have destroyed more than 90% of this unique ecosystem, making it one of the rarest on Earth. Of the 2,700 species the US Fish and Wildlife Service lists as endangered, nearly 1 in 5 are from Hawaiʻi.

For the past two decades, committed conservationists have worked to save Hawaii’s remnant dry forest regions. Terraformation’s Pacific Flight restoration project is one of those efforts. Together, we’re proving that with the right knowledge and tools, we can restore this ecosystem. Here’s our story.

Pacific Flight lies in the North Kohala region of Hawaiʻi Island, about 400 feet above sea level. It receives just 13 inches of rain per year, making it one of the driest regions on the Island, and among the most difficult to restore.

The native trees that once covered the area helped absorb water during the few heavy rainfall events each year, cool the soil, and slow wind storms. Denuded of this cover, the area has desertified and huge wind surges have become common, making it difficult for native trees, shrubs, and groundcovers to return.

To overcome these harsh conditions, we needed supplemental freshwater to help new trees establish deep root systems. In 2017, we built a half-acre solar-powered desalination system. It's the world’s largest fully solar-powered system of its kind. The equipment purifies 128,000 liters (34,000 gallons) of brackish well water per day, storing the freshwater outputs in three 50,000 gallon water tanks to irrigate the site.

Next, our work turned to the soil. After removing all invasive weeds, we added organic material and mushroom mulch from a nearby farm to reduce water loss and feed beneficial soil bacteria. The richer soil increases drought resilience and encourages plant establishment.

As the first anchor trees establish themselves, they contribute to rebuilding the soil by creating their own leaf litter. The organic material further enriches the soil, supporting other shrubs and plants in the ecosystem.

We found two native plant species on the property: ʻIlima (Sida fallax) and Paʻu O'Hiʻiaka (Jacquemontia ovalifolia), both used by early Hawaiians for medicinal purposes. The bright orange flowers of ʻIlima are also prized for very delicate lei. We encouraged these species to continue growing naturally, and collected their seed to propagate more for the project.

In addition to preparing the site and protecting the existing native species, we began  propagating other native plants in our nursery, using seed from the Hawaiʻi Island Seed Bank. The foundational species for the dry forest in the Kohala region is an Acacia tree called Koaia (Acacia koaia).  The other dominant area species is a shrub called aʻaliʻi (Dodonaea viscosa), which reduces soil erosion. Once reestablished, aʻaliʻi will shade the area, making it easier for other species to grow.

The Terraformation team is transforming the site. In the last 18 months, the team has planted over a thousand plants and trees. Another 3,000 seedlings are growing in our nursery, and restoration technicians out-plant them weekly.

The true measure of successful restoration comes when the new plants flower and seed. That process signals that the system is reestablishing its soil seed bank and becoming self-sustaining once again. We’re already seeing early signs of this process.

With the support of the irrigation system, the young plants are showing new active growth and the two native species that were already present---ʻIlima and Paʻu OʻHiʻiaka---are increasing their own natural regeneration.

When the plants drop their own seed, we will know that the forest is fully established and thriving.  Then we will be able to collect seed, bank it, and share it with future projects.

Pacific Flight is just the beginning. Successfully restoring this ecosystem shows that it can be done---not just here, but in desertified regions and other marginal land around the world.