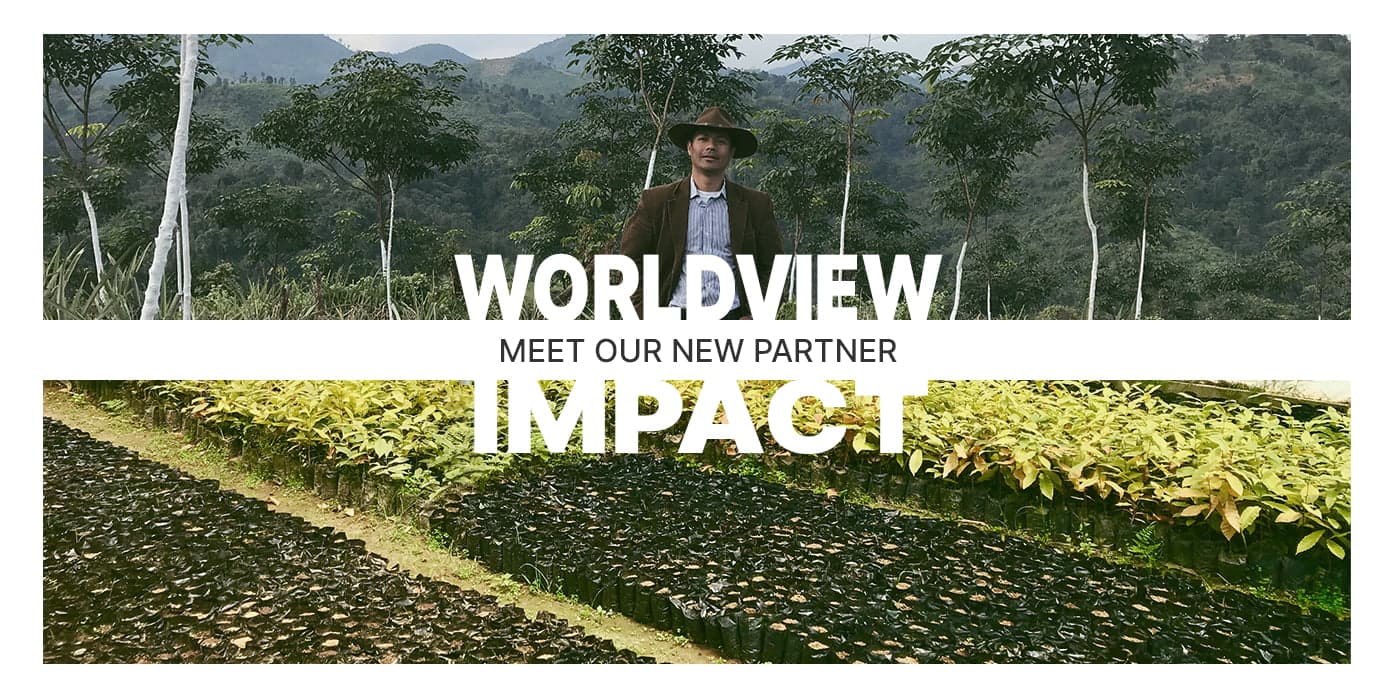 Meghalaya sits on a hilly, subtropical plateau in northeast India near the Bangladesh border. This remote region — whose name in Sanskrit means “the abode of the clouds” — is one of the wettest, most biodiverse places in the world, home to more than 3,000 species of plants. Meghalaya is also home to Terraformation’s latest project, an exciting collaboration that’s been years in the making.

Today we are proud to announce that Terraformation is partnering with Worldview Impact.

Terraformation is supporting the organization in the expansion of its Eric Bremley Lyngdoh Agroforestry Project, an effort to restore 200 acres of lush native forest in Meghalaya, India.

In the initial phase of the project, Terraformation will support Worldview Impact in the planting of 20,000 trees, with plans to expand and scale. Up to 16 unique native species will be reintroduced to the area, including Castanopsis indica (Indian chesnut), Areca catechu (betel nut), Mangifera (mango), and Artocarpus heterophyllus (jackfruit) trees.

This project will be led by members of the Khasi tribe, an Indigenous people who have lived in the region for thousands of years and share a deep knowledge of the native ecosystem.

This project is spearheaded by Dr. Bremley W. B. Lyngdoh, the founder and CEO of Worldview Impact. Born in Shillong, the capital of Meghalaya, Lyngdoh has dedicated his career to partnering with local Indigenous communities on social, environmental, and economic initiatives.

He was introduced to Terraformation through Kimiko LaHaela Walter, one of our forestry partnerships leads, during her visit to Meghalaya in 2013. When she reached out years later about a partnership, it felt like fate. “Terraformation came at just the right time,” Lyngdoh said. “We are starting small with this project, but I hope that we can grow it exponentially across Meghalaya and other states in northeast India, especially during this important United Nations Decade on Ecosystem Restoration.”

Lyngdoh believes that this native restoration project will serve as a proof of concept for the area and could eventually be applied to 100,000 acres of degraded land in the region.

Meghalaya isn’t just unusual in its biodiversity and variety of microclimates; it's also home to a unique culture. Eighty-five percent of the region's population identify as Indigenous, and follow a matrilineal societal structure, meaning land is passed down through the female line.

The community members have long been stewards of this special ecosystem, protecting sacred groves and managing community forests since time immemorial. Yet recent trends in unsustainable farming practices have degraded much of the region’s native forest. Lyngdoh says this collaboration with Terraformation can support sustainable restoration. “We can prove that a standing forest is better than one cut down,” he said.

Reversing a culture of slash-and-burn agriculture

Across the globe, slash-and-burn agriculture, a method of cultivation in which forest vegetation is burned for rapid clearing, has degraded soils, accelerated erosion, and threatened local biodiversity.

The partnership with Terraformation will provide a living laboratory for these cultivation methods in the region.

Reaping the benefits of ecosystem restoration

According to Lyngdoh and Blah, a successful reforestation project goes beyond growing trees — it's based on a holistic approach that provides forestry education and jobs, and empowers community involvement so that the benefits of restoration are also shared.

Lyngdoh dreams of a Meghalaya with native forests restored on the hilltops and in mid-elevations, with agroforestry and regenerative agriculture plots in the lowlands, and where the Indigenous community is involved every step of the way. Ecological agrotourism could provide an additional revenue stream, and, once operational, this model could be scaled in other communities and villages across Meghalaya and other states in northeast India.

“The most important thing is that all people will win, especially the women,” Lyngdoh said. “We need to show a working model that benefits this society, the villages, and when they see it, it will spread like wildfire.”