The Solution Isn't Trees. It's Trees Plus Math. 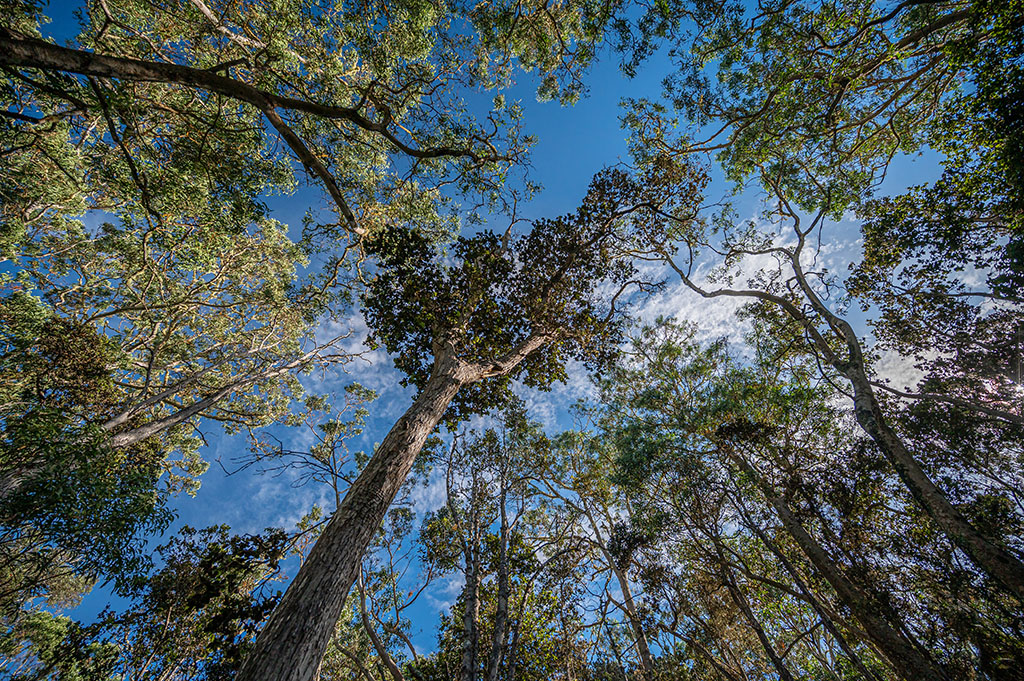 Trees are the cheapest, most well-understood, easiest-to-deploy, and safest way of sequestering CO2 from the atmosphere.

The average person can see and touch and learn to plant trees, and there are varieties specially adapted to nearly every place on Earth. All of these characteristics make them ideally suited for a large-scale, decentralized climate change solution.

But trees alone will not solve climate change. We need trees plus math.

Climate change is an unfathomably large problem. In addition to a rapid clean-energy transition, we need to plant roughly 1 trillion trees to solve climate change. Human brains aren’t equipped to think at this magnitude.

We can visualize numbers of objects like “three” or even “10.” A hundred is stretching it. But a thousand? And there is absolutely no way a human mind can visualize a trillion, much less do anything about it. To tame large numbers, numbers so large that the human mind can’t visualize them, we have math.

A million seconds is 11 days. You can “visualize” that — it’s about a week and a half.

A billion seconds is 31 years. What were you doing 31 years ago?  Were you even alive?

A trillion seconds is 31,000 years. That’s longer than all of recorded human history.

A trillion trees — if we planted them serially one right after another, taking only a single second to do so — would take 31,000 years to plant. The entire human race doesn’t have records that go back even half that far.

Yet we can do it, because math allows us to break down large numbers, create systems of organization, scale projects, and accelerate human efforts. We can splice the problem down into increments we can understand, re-envision the problem, and then implement the solution many times over in parallel.

There are 7 billion human beings on the planet. (There are a lot of us.) This means that every human needs to plant about 150 trees to collectively reach 1 trillion.

Try to envision what 150 trees look like: 150 saplings in little pots set out in front of you — it’s 10 rows of 15 trees each. It's a number you can get your head around.

At Terraformation, in our first year of operation, with minimal funds and infrastructure and a global pandemic, a small team of five restoration technicians planted — starting entirely from seed germination all the way to plants in the ground — 1,900 trees in just 6 months, covering some 30-odd acres. This is roughly 5 times the speed of a normal reforestation project.

There was a nursery team behind them, so let’s say the total number of people involved end-to-end was about 10 people. With 1,900 plants, those 10 people have already exceeded their “quota” of 150 trees per person. And we are just getting started.

Solving climate change is not a matter of developing a fancy new technology. Nor is it about tree-planting projects as we have traditionally understood them.

The new “technology” is something Silicon Valley has spent decades developing, but it is not a product or a feature. It is a system of understanding called “scalability,” or in some circles, “hyperscaling.” It is the set of organizational and project management techniques used to take a single working product, overcome rate-limiting bottlenecks, and scale it into a massive world-class company, all while maintaining the key qualities and attributes of that original product.

Scaling a solution from a single working unit to trillions requires two things:

Trees are a mature technology.  Their risks are well-understood; they are widely available; there are thousands of custom variants for every local region; and they work.

Forestry groups have spent decades learning painful lessons about how to successfully restore sustainable native forests. There have been many failures, many lessons learned, and finally, after many years, also many successes (see examples in China, Israel, Jordan, and Spain).  We know how to do it correctly — with native, sustainable forests in collaboration with local communities who own and nurture them.

By combining deep forestry knowledge with Silicon Valley expertise in rapidly scaling projects and organizations, we can achieve a breakthrough at the exponential speed the world needs to offset and reverse climate change.

The next big thing

Massive global reforestation will represent the largest capex-intensive opportunity of our time. Unlike many other proposed carbon capture solutions, the money spent is not simply consumed, but rather an investment that will eventually pay off hugely in material terms.

The conversion and restoration of 3 billion acres of underutilized land into thriving ecosystems that benefit the entire world will be an act of value-creation unparalleled in human history. It will spur local economies around the world, it will result in dramatic cost and performance improvements in key technologies, and it will yield the beautiful garden planet that humankind has dreamt of, both in our past and in our future.

When we are done, this will be the beautiful Planet Earth that we look upon proudly as we emerge from our planet and stride among the stars.