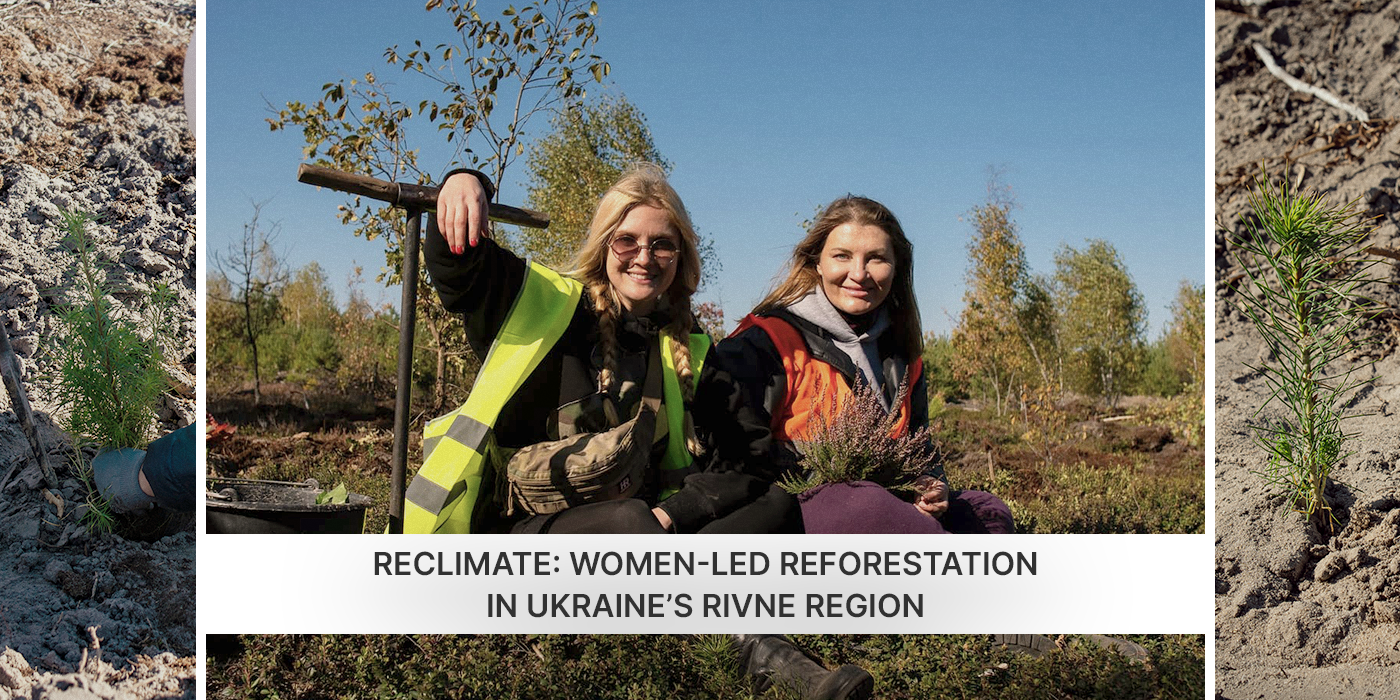 Editor’s note: We began partnering with ReClimate in early 2021. We stand with the team in Ukraine in this time of crisis. We believe global partnerships can change the world.

The Rivne region in northwest Ukraine was once a biodiverse woodland, home to hundreds of plant, fungus, and bird species. The moss-covered ground — aided by the forest’s humid climate — attracted deer, moose, goats, and wild boars.

Unsustainable agriculture and amber mining throughout the second half of the 20th century depleted the region’s soils and natural biomes. Now, much of the land has been converted to pine plantations. Forest loss has continued into the 21st century, and in the last two decades, the region has lost nearly 20% of its natural forest cover.

Restoring biodiversity in a degraded ecosystem

As single-species tree plantations have become common in the region for timber operations, much of the region’s natural biodiversity has come under threat. To reverse this, Terraformation and ReClimate have selected a mix of native species to replant in the area, including silver birch, English oak, quince, spruce, alder, and aspen. Not only will these plants restore biodiversity, but the mix provides additional ecosystem benefits, restoring soil health, increasing resilience against bark and root disease, as well as helping to prevent or reduce the intensity of forest fires.

During the first phase of the partnership, ReClimate will reforest 50 hectares with 100,000 trees of diverse native species. Terraformation will provide financial support as well as access to software to track and monitor plant growth.

ReClimate is led by women and centered around community

Olesya Solomina, Nataly Ulyanova, and Nina Malinovskaya co-founded ReClimate. The women— all mothers — met in 2019 at an event hosted by a mutual friend and connected over their shared desire to fight climate change and create a better future for their children. “We each have different backgrounds and expertise in law, marketing, and business, but my co-founders and I have a common desire to make the world a better place,” Solomina said. “We aim to do that through developing a new kind of reforestation model with ReClimate.”

A project for the future

The trees that ReClimate’s team will plant as a result of its partnership with Terraformation will provide benefits for generations. Along with a variety of public benefits, the first 100,000 trees could capture over 7,000 tons of CO2 within the first 30 years alone. “We want to make planting trees both accessible and popular,” Solomina said. “As moms, we are all thinking about the future for our children and grandchildren.”
‍

BITKRAFT Ventures sponsored a portion of this project. Learn more about this partnership here.

A 2020 study by Cook-Patton et-al found forests in Ukraine accumulate approximately 4.9 tons of CO2/ha/yr during their first 30 years of growth. Over 30 years, that’s 147 tons/ha.