How Do We Evaluate Geoengineering Solutions to the Climate Crisis? 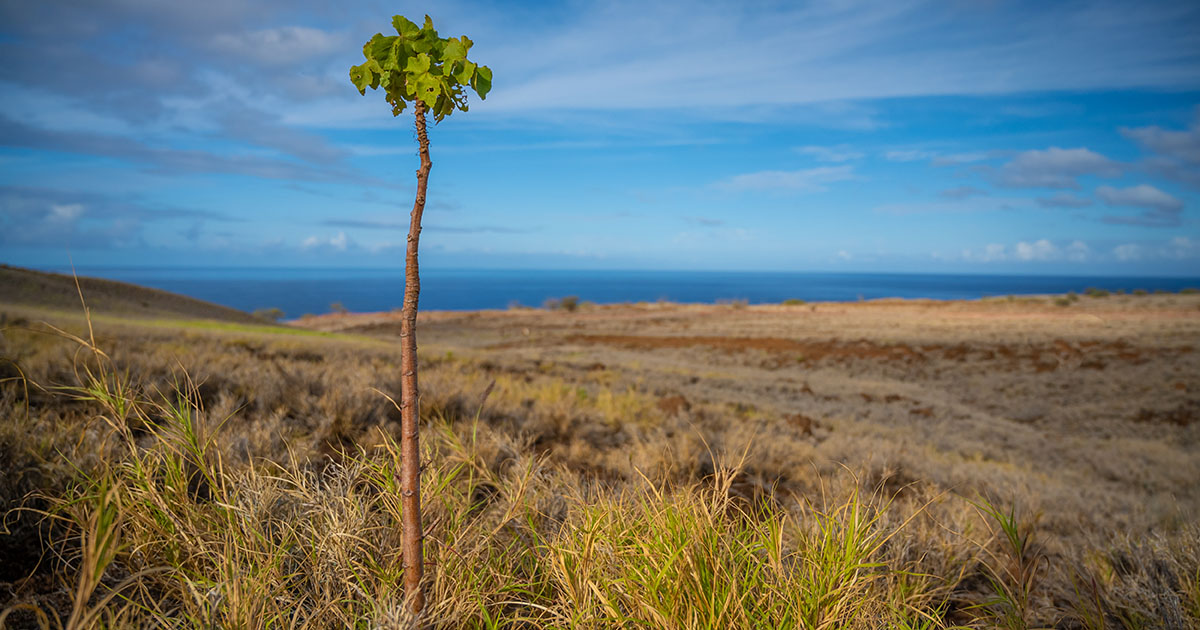 Global CO2 emissions dropped by more than 6% in 2020 — the largest absolute emissions drop ever recorded. But atmospheric carbon concentration still increased by 2.5 parts per million (ppm). Even best-case scenarios for decarbonizing the global economy still entail a net rise in atmospheric CO2 for decades, piling on to an already elevated concentration. More CO2 in the atmosphere means more drastic distortions of our planet’s climate.

So, while we must rapidly cease emissions, we also need to actively draw down CO2. And we need to do it on such a large scale that it changes the entire planet’s atmosphere. This is geoengineering.

Last century, talk about geoengineering was mostly the stuff of science fiction. This century, we’re talking about concrete implementation. And as proposals become more serious, we need to consider all possible consequences of any solution, both those that we intend and those that we don’t. After all, this is our only home.

So how do we decide between planet-scale engineering proposals? Here are 12 criteria.

2 - Severity of consequence if it goes wrong

A low technological requirement broadens the number of entities that can contribute and participate, making it easier to form a sufficiently large coalition.

12 - Level of complexity to scale

Let’s look at some examples

Evaluating geoengineering proposals is an exercise in weighing tradeoffs; nearly every proposal will perform well on at least one criterion, but high performance on one could be swamped by enormous challenge or risks on others.

Consider the idea of diffusing airborne particles to block out sunlight, a type of “solar radiation management,” or SRM, strategy. The strategy performs quite well on some criteria — for example, it is relatively affordable, the potential impact is high, and it would have immediate effect.

But SRM also entails ongoing active maintenance and technological complexity, which together create several risks. If for some reason stakeholders couldn’t maintain regular flights to diffuse the particles, there could be a rapid “bounce back” as the clarity of the atmosphere reestablishes itself. Atmospheric warming would almost certainly resume at an accelerated rate unless significant carbon sequestration had occurred in the meantime.

This risk, and others, weigh heavily against SRM as a safe geoengineering strategy.

Scalability is one of the least considered criteria. Direct air carbon capture illustrates the tremendous challenges involved in applying a complex solution at a level that meets the enormous scale of the climate challenge.

The most promising direct air carbon capture technology as of 2019 is the pilot process developed by Carbon Engineering (CE) at under $100/ton of CO2 sequestered. (In many cases, carbon capture technologies are far more expensive, but we’ll put cost factors aside for this thought experiment.) CE’s existing pilot plant sequesters less than 500 tons of CO2 per year.

The company is currently designing a commercial plant that would scale this pilot technology up 2,000x, to a capture capacity on the order of 1 million tons of CO2/year.

Such a plant would combine multiple existing commercial technologies to create a system that is (in extremely simplified terms) roughly as complex as a very elaborate wastewater treatment plant — CE’s equipment are heavily modified versions of machines often used for such plants.

To offset current global CO2 emissions of about 45 gigatons of CO2/year, we would need to:

What this means is that it’s a long road. To scale a current state-of-the-art technology 2,000x to a first commercial plant — and then build 45,000 of those (likely more, to account for utilization rates), with all of the corporate, logistical, and manufacturing infrastructure that entails, is an enormous undertaking, approximately equal to re-creating an entire global wastewater treatment industry, but with significantly more sophisticated technology and under huge time pressure.

(Incidentally, the carbon capture process by CE currently runs on gas, which, when burned produces CO2. So unless we want to build 2–3x more plants to offset that CO2, we also have to scale up huge amounts of additional clean power generation capacity to power all these plants.)

The solution that stands out

Surveying the entire landscape of proposed geoengineering solutions to climate change, I believe one in particular stands out as being the lowest cost, lowest risk, most politically feasible, and most scalable, while maintaining very high efficacy:

It is massive global reforestation.

When we think of “engineering,” we don’t usually think of trees  —  but regrowing global forests really is an engineering effort, both in changing (restoring) land characteristics and in creating the organizational structures we’d need to succeed at scale. This solution meets the most important criteria. For example:

The task before us — restoring atmospheric balance — is enormous. These criteria help bracket and concretely illustrate the difficult nature of what we want to accomplish. They can expose weaknesses in plans that at first blush appear quite promising; similarly, the criteria uncover the strength of projects that may appear too ordinary to matter.

Although difficult, this work is not impossible. In fact, we’re well equipped for the task. Our increasing ability to work together on a global scale will help us implement solutions that generate value for the environment and the global economy.

The above discussion is in no way exhaustive. My hope is that it serves as an example of the complexity of evaluating geoengineering efforts. There are many much more thorough discussions of evaluation criteria and examples. Below are three of the best ones I’ve found — one long paper, and two much shorter ones.

The long paper: This Royal Society paper from 2009 was the first major comprehensive evaluation of geoengineering strategies. The article you’ve just read is a simplified version of topics discussed in this paper.

Five years later, in 2014, NASA, NOAA, DOE, NRC, and the US Intelligence community sponsored a brief and readable discussion on the Royal Society paper, including an update based on the last 5 years (not much), and an in-depth analysis of solar radiation management via stratospheric aerosol spraying (SRM) and its analogs to volcanic eruptions.

This subsequent analysis in 2015 is a critique and improvement over certain aspects and implied conclusions of the Royal Society’s paper. This paper is quite short and to the point, and highlights certain shortcomings of the 2009 paper above.